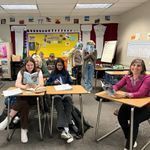 Bringing a ‘dead’ language to life 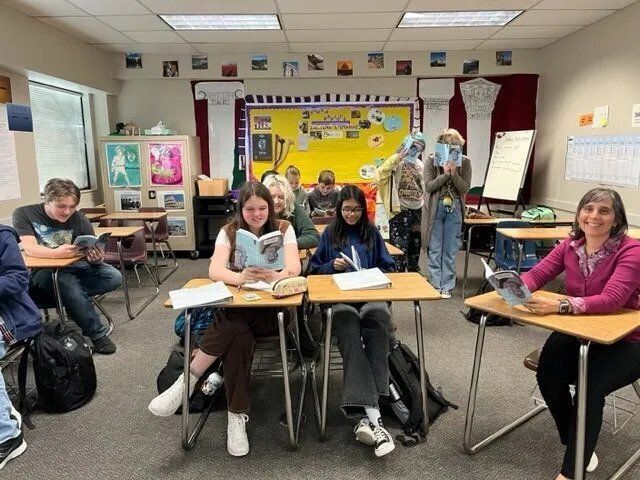 In Julia Byer’s Latin class at Eaglecrest High School, students dive into stories of mythical beasts and ancient rulers. Far from seeing Latin as the dusty, dead language that Byers says is the stereotype, her students have transformed their thinking and engaged deeply with the help of an Educator Initiative Grant (EIG).

“Latin has this aura of being dusty and boring with lots of charts and grammar,” Byers said. “That was how many teachers have taught it, but then I wanted to try something new that would produce better results.”

Byers used her EIG funds to purchase a class set of novellas written in Latin that use complicated sentence structure, but didn’t introduce a lot of new grammar. These novellas were a big hit with students, allowing them to sit down and be immersed in the language and a good story. The stories are retellings of Roman myths and stories of figures in Roman history as well as modern stories with links to the past. Byers’ classroom includes students from many backgrounds and so she chose historical figures that reflected her students so they could see themselves in the stories, including stories from areas beyond Rome and the edges of the Roman empire.

“My students don’t always understand how big the Roman empire was, and to see how many lands were colonized helps them see the influence of Latin language and culture,” Byers said. “We read an account of a Jewish girl who lived under Roman rule and the Nubian warrior queen who kept the Romans from colonizing her land. Latin history is more than just the men who were in the ruling class.”

Some of Byers’ students connected with these stories and the new way of learning Latin so strongly that she saw shy students become active participants in class discussions. One student became so passionate about the debate over whether the Cyclops in one of the Latin novellas was a good or bad guy that she was a leading voice in the conversation, something Byers had not seen all year.

Byers added that while she still uses the grammar charts for students who enjoy them, she has seen that some students struggled in the past to connect with the chart method of teaching. Some students didn’t have an English-language background while others just didn’t find grammar exciting.

“Using the novellas has been like a switch where things suddenly are making sense to my kids,” Byers said. “My students have been thriving and are so excited to read with each other. The classroom feels alive.”

With Byers’ old approach, she taught the pieces and how they fit together. By inverting her technique and showing students first how the pieces fit together – and letting them independently pull the pieces of grammar and vocabulary apart – she has seen more excitement and confidence in her students, instead of stress and fear.

“Latin is for everyone, no matter their background,” Byers said. “I hope my students see that they can do something hard and gain confidence in their critical thinking and problem-solving skills. It’s a unique experience to learn Latin.”