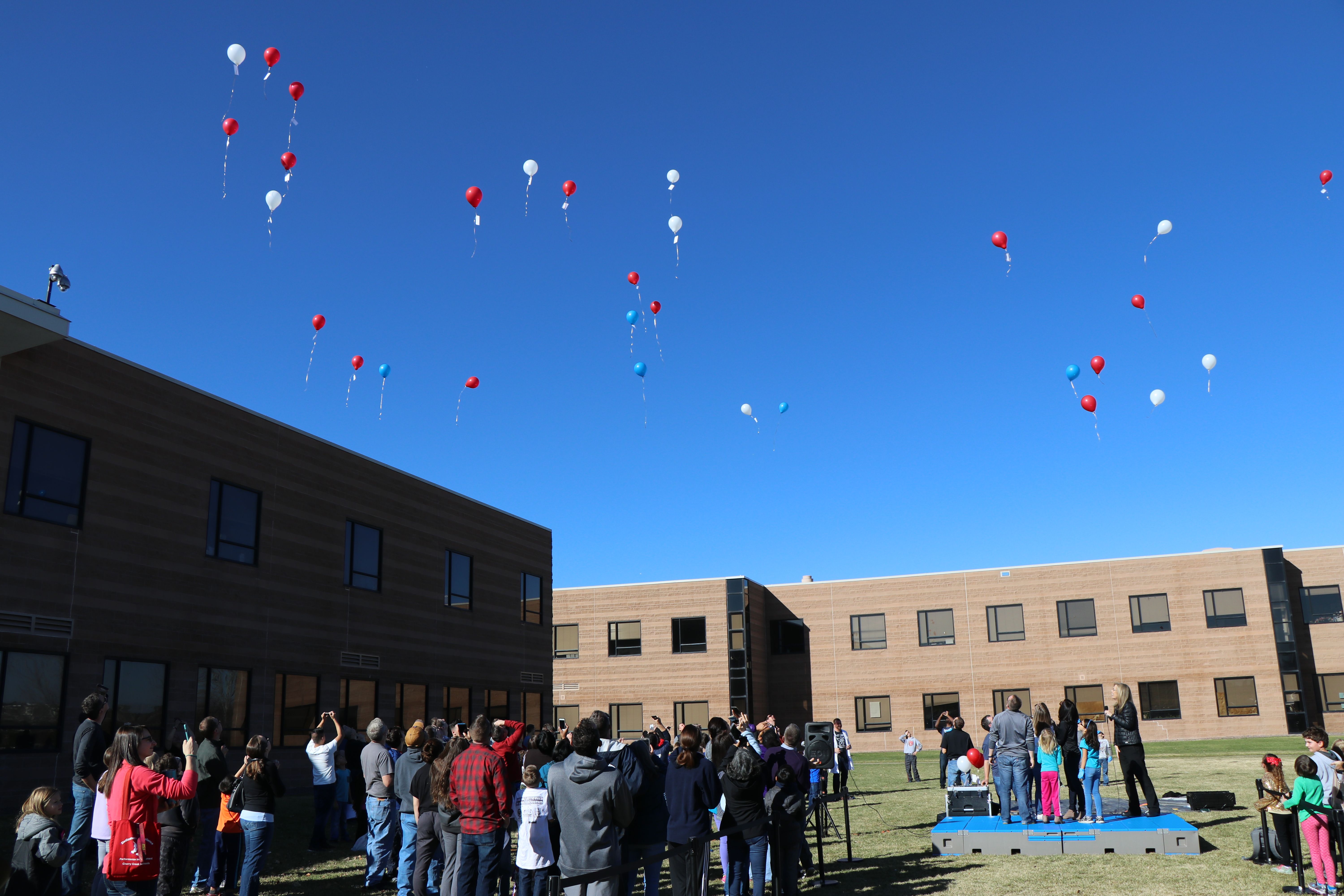 The members of the Laredo Middle School G-STEM club watched with fascination as Air Force Academy cadets experimented with a siege engine straight from the Middle Ages.

The sixth- and seventh-graders huddled with students from a freshman physics class on the Air Force Academy campus in Colorado Springs, watching as the instructor pulled back the wooden arm of a miniature trebuchet. With its swinging lever, its lengths of string and its tiny projectile marble pulled back and ready to be launched, the trebuchet was an expert reconstruction of the medieval weapon that was a marvel of engineering, efficiency and destructive power.

"Our students had to design the entire thing," the professor explained to the Laredo group that had traveled to the campus from Aurora for a very special field trip on Dec. 6. "Three to four students are responsible for the entire design process … This is the biggest project that they build in this class."

The trebuchet was only one of the feats of Science, Technology, Engineering and Math (STEM) that the Laredo students witnessed during their trip to the Air Force Academy grounds. During their daylong exploration of the campus, the middle schoolers piloted flight simulators, chatted with pilots and engineers and examined the subsonic wind tunnel in the Academy's aeronautics department. Throughout the day, the young women from Laredo's after-school club dedicated to STEM had numerous opportunities to see theories and lessons from the classroom come to life in a real-world setting.

Offering students that kind of immersive entry into the world of STEM is the core mission of Laredo's G-STEM club, according to Alisa Thomas, the sixth-grade Laredo math teacher who started the club last year as an academic resource for black female students. The G-STEM club (short, appropriately enough, for Girls STEM) meets weekly and regularly features guest speakers from the professional scientific world.

Since formally organizing the club last year, G-STEM has drawn a membership of about 17 students, young women who have dutifully reported to Thomas' classroom after school to hear from professionals from a wide range of STEM fields. This year, Thomas wanted to deepen the experience for the club members; she wanted them to get off the Laredo campus to see professionals operating in real-world environments.

Thanks to a $1,000 grant from the Cherry Creek Schools Foundation, the G-STEM club found that opportunity. Specifically, Thomas applied for one of the Foundation's Educator Initiative Grants (EIGs), which are awarded to individual teachers or teacher teams and are designed to encourage, facilitate, recognize and reward innovative and creative instructional approaches used in accomplishing program objectives. Funding from the CCSF paid for transport to Colorado Springs on Dec. 6, and additional money will go toward field trips to the National Renewable Energy Laboratory in Golden and a STEM career conference in Boulder later this year.

"I think it's eye-opening for a lot of the students," Thomas said, adding that the trip to Colorado Springs was a perfect illustration of the value of the club and off-campus field trips. "They enjoyed seeing the physics lab, the trebuchet. They enjoyed the flight simulators – that was really hands-on and it gave them a chance to fly several times. That kind of experience is just invaluable."

Indeed, the time spent in the flight simulators was a highlight for students like Jaida Smith, a 13-year-old seventh-grader who joined the G-STEM club last year. Smith and her fellow club members had access to flight simulators that Air Force cadets don't get to use until they successfully complete a certain number of classes. Guided by an Air Force academy flight instructor, Smith and the rest of the group had a chance to take off, fly around a virtual landscape and land back on the runway.

"I liked the flight simulator, I liked that you control the plane as if it were a real one," Smith said. "We did really well … It was cool to meet different engineers and to see the different kinds of jobs that you can do in STEM."

Smith wasn't the only student to gain a more complete view of potential STEM opportunities in the context of a future career. Thomas chatted with another student who insisted that she wasn't sure if her professional goal of becoming a doctor would fit with applying to a school like the Air Force Academy. Thomas was quick to point out that "the Air Force needs doctors, too."

"That young lady had no idea that she could be a doctor and go into the Air Force," Thomas said. "That was a big takeaway for me … For all we know, this trip and the EIG grant may have created at least one future doctor."​