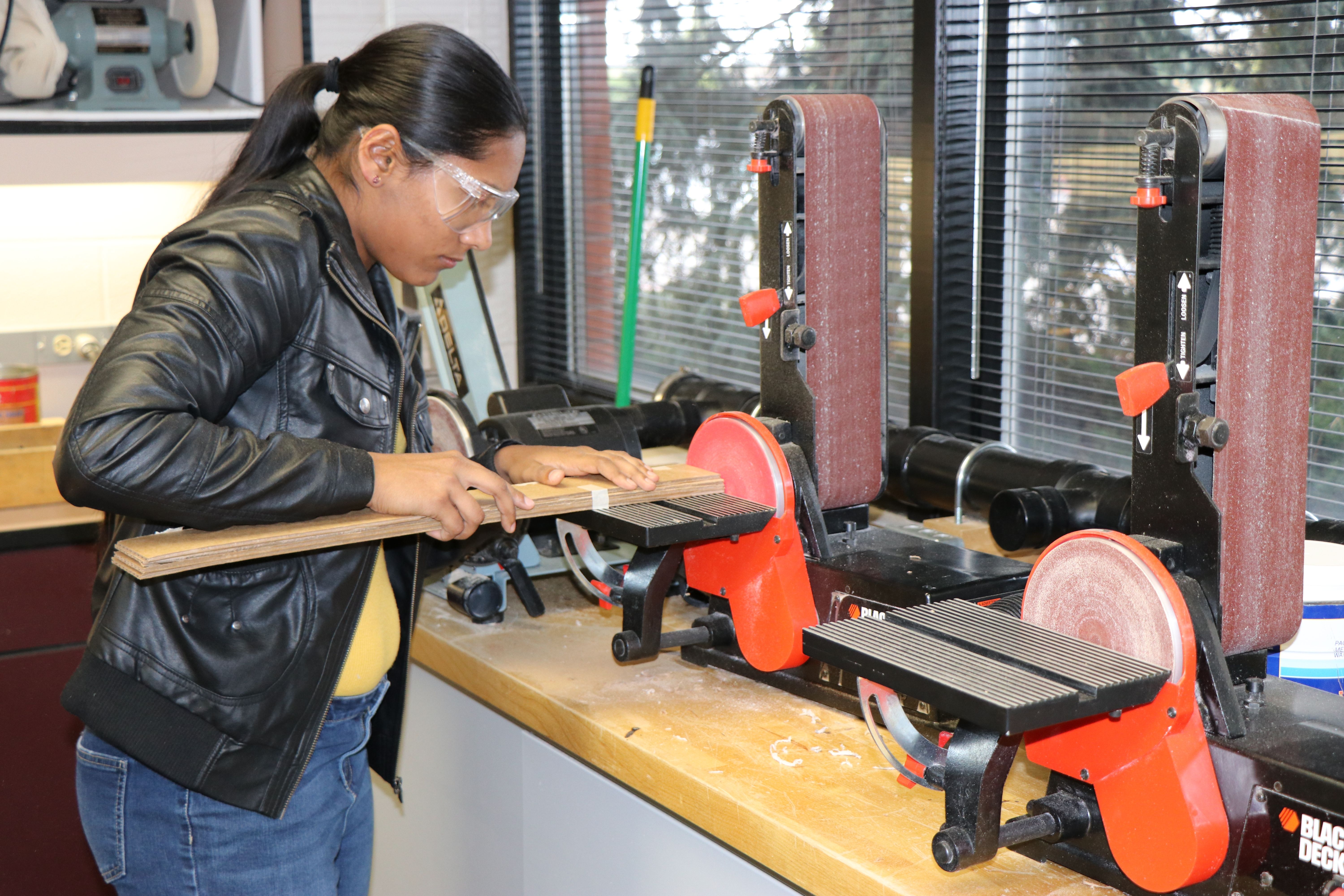 As teams of fourth-graders worked on cutting, taping and modifying pieces of cardboard in the Sunrise Elementary School gym on Sept. 26, Assistant Principal Amy Winant wanted to stress specific terms and phrases. The kids were hard at work on assembling projects for the Cherry Creek School District's Fifth Annual Cardboard Challenge event set for Oct. 12, and specific words kept coming up again and again.

Design. Build. Redesign. Rebuild. Collaborate. Problem-solve. These are key words from any competent engineer's dictionary, and the terms purposefully figured into the Sunrise teams' creative process.

"I'm trying to start to speak the language with these students," Winant said. "I want them to feel like they are engineers, that they can approach their work in a creative mindset."

It's an attitude that aligns neatly with this year's Cardboard Competition scheduled for Oct. 12 at Smoky Hill High School. "Just Built It" is the unofficial theme of this year's event, and the Sunrise students' frenetic work pace and impressive output as they came together to develop their projects during a free period demonstrated just how seriously they took the directive.

"The feedback from all of the teachers has been that the kids are super excited," Winant said. "The students can't wait to get in here and start the process. They came up with a design that was approved by me, and it's been a great success," Winant added, explaining the school's output for their inaugural year in the challenge has included designs for throwing games, rocket games and other complex, intricate projects. "It's impacting the whole school."

Sunrise Elementary is just one of dozens of schools across the Cherry Creek School District submitting projects for this year's Cardboard Challenge, a competition inspired by the 2012 documentary film "Caine's Arcade" directed by Nirvan Mullick. The film centers on a 9-year-old boy from Los Angeles who created an arcade made entirely out of cardboard. The project and the film caught the attention of an international audience of supporters; school districts across the country used the basic concept as a way to encourage creativity and better illustrate STEM-based curriculum for students. The project also launched the Imagination Foundation, a nonprofit dedicated to fostering creativity and entrepreneurship for children across the globe.

At Cherry Creek, it's resulted in an annual district-wide event that encourages the best kind of innovation from students of all grade levels. It's the fifth year that the Cherry Creek Schools Foundation has funded and organized the event as part of its broader mission, which focuses primarily on impacting all CCSD students, investing in innovation and building long-term relationships in the community.

The impact has gone beyond any single project or any one classroom. This year will see hundreds of submissions from elementary, middle and high school students from across Cherry Creek Schools. The simple and straightforward guidelines for entry – that projects be constructed entirely from cardboard and recycled materials – has spurred innovation and creativity from students of all ages, backgrounds and technical abilities.

In Steve Smith's STEM (Science, Technology, Engineering and Math) Projects class at Eaglecrest High School, students are using the Cardboard Challenge as an opportunity to fuse old-world design with 21st-century ingenuity. The class is building a group of interactive projects that add a new spin on an old design – the students have reinvented typewriters, locomotives and waterwheels in intriguing ways.

"We wanted to tie these projects to some kind of a classic engineering device and add a modern twist, a unique Cardboard Challenge edge, if you will," Smith said. "One student took the idea of an old-school typewriter; she's making a cardboard typewriter, and instead of typing letters, it will type something modern, like emojis. Another student is designing a cardboard pinball machine and integrating it with a modern video game.

"All of these projects are designed to be interactive," he added.

Lexi Brown, a 16-year-old Eaglecrest junior, took the Cardboard Challenge prompt as a springboard to re-envision the water wheel, a design first developed and streamlined in the medieval era. Brown's design foregoes the water component of the water wheel design and instead relies on a marble to drive the motion.

Like the rest of the students in the STEM Design class, Brown came up with specific, detailed designs for the project before starting work with the actual materials and tools of the Eaglecrest fabrication lab. Brown's project pulled on all the basic tenets of the engineering process, from design to construction to all of the creative problem-solving in between.

And, because of the nature of the project, Brown's project demanded a creative use of materials.

"I'm using mostly cardboard, but I'm also going to use a little bit of a pool noodle that I cut up," Brown said, adding that the design called for a good deal of precise construction. "I had to cut out 32 tiny squares to make the little baskets."

Brown's fellow students were engaged in similarly demanding and exacting work as they met in the Eaglecrest fab lab on Sept. 28. They cut carefully measured pieces of cardboard on the buzzsaw, they snipped and glued according to detailed plans.

According to Smith, the work was part of a distinct process with the fundamentals of engineering at its core.

Those engineering fundamentals are at the heart of the Cardboard Challenge. For the past five years, they've been a source of inspiration for elementary, middle and high school students alike.