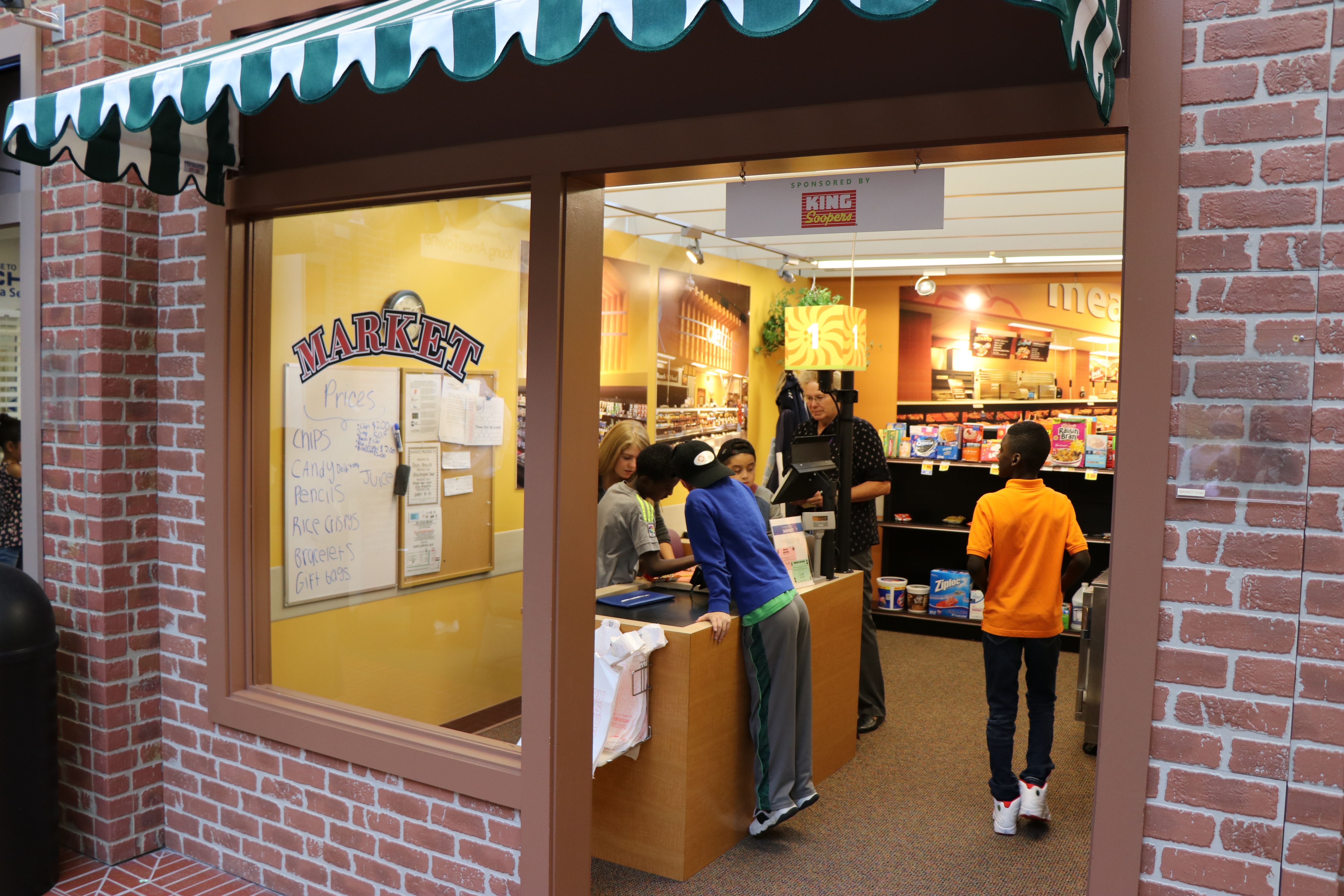 Samuel Desta had sketched out some ambitious financial and professional plans for his future.

He had a job all lined up as an accountant at the local medical center, and his eyes blazed with enthusiasm as he ticked off the items on his to-do list. He was getting ready to get his finances in order, and he had come up with steps that would not only ensure his own portfolio, but one that would also help his workplace thrive.

None of these goals were slowed in the least by the fact that Desta is a 10-year-old fifth-grader.

"I like to do important jobs, and I'm getting ready to write checks and make deposits," Desta said as he joined more than 70 peers from Village East Elementary School at the Young AmeriTowne facility located at the Young Americans Center for Financial Education in Denver on Oct. 2. "I'm excited to work hard."

The Village East group had voyaged to the center to take part in a hands-on, experiential learning activity that stressed financial literacy, budgeting and real-world skills. Their classroom for the day was a miniature town square set up on the second floor of the Young Americans building, a simulated civic setting that included its own town hall, bank, warehouse, grocery store, restaurant, newspaper office and radio station.

Students arrived with designated roles – one fifth-grader took on the role of mayor, while others served as DJs, reporters and postal workers. Desta had secured a role as an accountant at the medical center. The entire Village East group arrived with virtual money to spend, credits that allowed them to pay for goods and services and create their own savings plans. The students had their own debit cards, checkbooks and registers. Their task was to keep up a balanced budget and work to build as much of a savings cushion as possible.

The students running between miniature storefronts and calculating personal budgets were enjoying the capstone of the Young Americans' curriculum-based AmeriTowne program. They'd studied subjects like supply and demand and basic economics in their social studies classes, and the trip to the AmeriTowne facility in Denver was a chance to put theory into practice.

"Our students have spent a lot of time over the past few weeks learning about checking accounts, savings accounts, supply and demand and how to conduct job interviews and how to write checks," Said Erin Dunbar Johnson, a fifth-grade teacher from Village East. "This is real hands-on learning for the students … They get to do something, see something and feel something."

The Village East fifth-graders weren't alone. A group of Cherry Creek High School DECA students was also on hand on Oct. 2 to offer guidance and support. Rachel Hutchinson, a 16-year-old CCHS senior, worked with Village East students in the AmeriTowne warehouse and offered advice about spending, saving and operating a business.

"We're working on promoting financial literacy not only in our school, but also in the community," said Hutchinson, who has joined her peers in a larger DECA project that will eventually figure into a national competition. "We're here to help them learn. AmeriTowne is really focused on real-life finances, and it's cool to see their engagement."

According to Dan Sheeks, a marketing teacher and DECA advisor at Cherry Creek High School, the collaboration between high school seniors and fifth-graders was mutually beneficial. Many of the CCHS students had visited the AmeriTowne facility when they were in elementary school, and they were able to offer firsthand guidance to the young entrepreneurs.

More importantly, the paired activity served as a community service outing, a learning activity that united students from the district's north and west sides.

"The Creek students are happy to be here, and they have a lot of fun," Sheeks said. "Cherry Creek High School DECA has been helping students here at AmeriTowne for more than 15 years … This experience is amazing; it's foundational for financial literacy for these kids."

Thanks in part to financial support from the Cherry Creek School Foundation, students from all backgrounds were able to take part in the immersive, intense AmeriTowne experience. Whether students succeeded in saving their virtual money or ended up overdrawing their accounts, the experience was a valuable, hands-on journey into the world of personal finance.

Readied by classroom studies and discussions, the fifth-graders had a chance to take an active role in a marketplace, even if it was virtual.